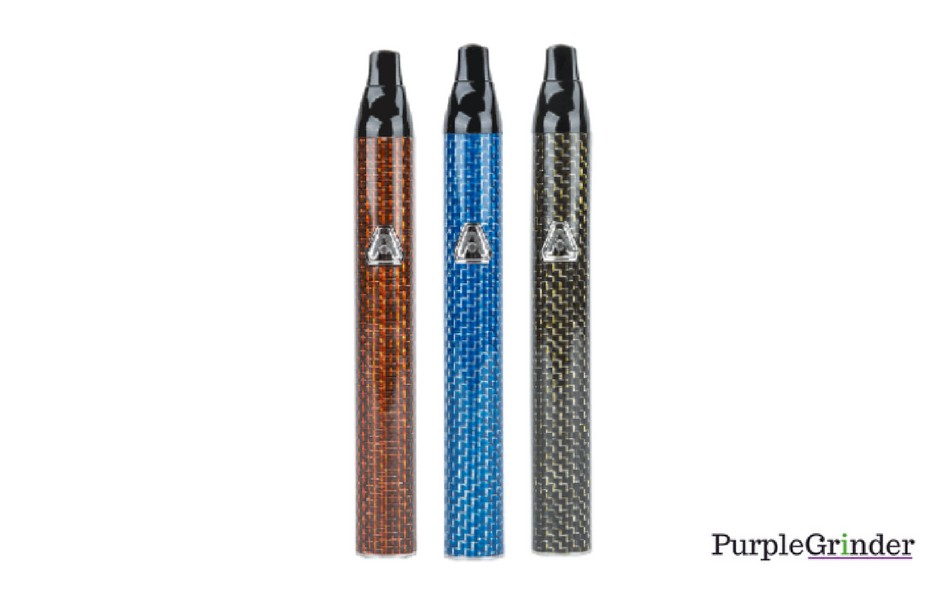 The Atmos Jump is a great pen style vaporizer for dry herbs. But I'll be honest - It's not expensive (cheap even) so we weren't expecting much but it performed better than we thought - as long as you follow a few simple tips (more on that later).

It's ideal for individuals who are new to vaping and on a budget or as a backup for something simple to keep around the house. It's easy to use, inexpensive and actually works to vaporize (not burn) your weed.

The Atmos Jump is an easy to use pen style dry herb vaporizer that packs a punch. It has a durable carbon fiber shell, its easy to conceal and lasts for about 30-40 minutes on a single charge. Overall, its a great choice for anyone on a budget that wants quality vapor without spending hundreds of dollars. It goes without saying that a pen vaporizer remains discrete for a number of reasons. First, since e-cigs have grown massively in popularity, most people will automatically assume you’re using an e-cig. Second, it's only 6” long and slender so you can easily slide it in your jacket pocket or jean pocket to stash it away.

Some vaporizers have bright lights on them which can draw attention when you’re vaping in low light conditions. That’s not the case with the Atmos Jump. it only has one light on the front which is moderately dim and easy to cover with your hand if you need to. Further, it doesn’t produce thick vapor clouds that draw attention.

The Atmos Jump is a moderately portable vaporizer in regards to battery life. You’ll typically get between 30-40 minutes of continuous use vaping which makes it fine for most day trips as long as you’re not vaping for more than 6-8 five minute sessions. The one downside with the Jump is that it takes almost 3 hours to fully charge up. That’s a big inconvenience if it happens to die while you’re away from a charger.

However, it uses a micro USB charger which can plug into your standard USB port so, if you have a car charger with the USB plugin, you can charge it while you’re on the move. Overall, it's good considering the price point and how well it works for dry herb. But if  you really desire a portable vaporizer for traveling and have money to spend, go with the Pax 3. It has a significantly longer battery life and it's a really strong vaporizer - but it's also 4x more money so you'll get what you pay for on this. It has only has one temperature setting which it automatically begins heating up to after you turn it on. I wasn’t sure how this would play out when it came to vapor quality but it ended up being spot on. Let me be clear, it's not a cloud blowing vaporizer by any stretch. However, you will get visible vapor with good flavor from your hits. The one temperature ended up being right around the temp that I typically vape at anyway. Usually, I’ll aim for 375-385 F to keep the best balance between vapor taste and quantity. The Atmos Jump comes in at around 395 F producing great vapor and flavor overall.

The draw resistance was good for a dry herb vaporizer. I had no issues getting clean hits even when I ground the herbs fine. In fact, the fine grind worked the best for producing the most vapor. Additionally, the used material was evenly vaped with no legible signs of burning or combustion so it truly vaporizes your material and isn’t burning it.

On the surface, the Atmos Jump is stylish and looks to be pretty durable. And it is for the most part. To load the Atmos, you just screw the mouthpiece off the top and dump your herb in. The mouthpiece takes a simple turn and clicks securely in place which is a lot more convenient than some of the other vaporizers I've reviewed.

To use the Jump, you just click the single button on the front three times to turn it on. The light on the button will glow orange until it heats up and then turn green to let you know it's ready. I mentioned before that there’s no temperature settings which is inconvenient if you like to experiment but I thought the temperature it's set to was nice.

The internal oven, which is built into the battery, is made from and anodized steel which is a high quality material that evenly heats and doesn’t add flavor to your weed. In the mouthpiece there’s a ceramic screen which is also designed to keep the flavor pure while keeping herb flakes out of your mouth. This really isn’t a problem unless you’re sucking as hard as you can.

The exterior of the Atmos Jump is made from a carbon fiber which seems like it would stay cool but actually doesn’t seem to add to the functionality. The top part of the Jump (where the heat source is) gets hot while vaping which makes it hard to hold it in your hand without modifying your grip to avoid contact with that part.

Other than the hot exterior over the chamber, the build quality is solid. It's easy to use, heats up fast and the battery has a decent lifespan. For the price, you can’t ask for much more in a dry herb vaporizer.

If you’re someone who likes to fiddle with temperature settings, the Atmos Jump is probably not for you. It comes out of the box with one single temperature (395 F) that it goes to right after you turn it on. For this reason I don’t think this is a great vaporizer for an experienced individual unless you’re using this as a backup or you don’t vape all the time.

When you turn the unit on for the first time, make sure to run it through at least 3 burn off cycles to get rid of any manufacturing oils that may have made their way into the chamber. After you turn it on, it takes about 10 seconds to reach 395 F so you can start vaping really fast.

But like I said, I’m not making this my primary vaporizer for dry herb anytime soon. I like using this as a backup that's quick and easy to grab and vape from. However, if vaping isn’t your primary means of taking cannabis, this makes a solid and inexpensive option to use when you don’t feel like smoking or dabbing.

Overall, I'd buy the Atmos Jump again. Its so cheap as a dry herb vaporizer that you really can't complain about it. Yes it has its drawbacks but overall, it performs well. The temperature its set to works well, its easy to use, the battery holds a good charge and its discreet. If you need a basic dry herb vape pen that's easy on the pockets, this is a good choice.

Where to Buy The Atmos Jump

The DaVinci is a sleek and rugged weed vaporizer that's easy to use and great for anyone who likes bargains. 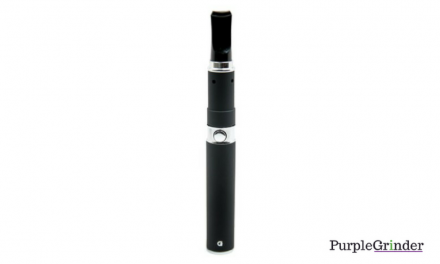 G Pen Vaporizer Review: Now You Can Vape Wax on The Low 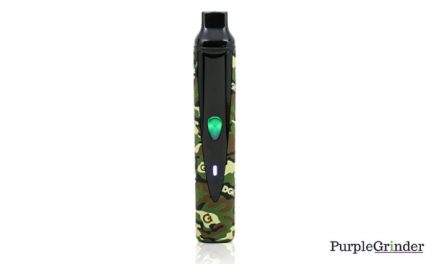 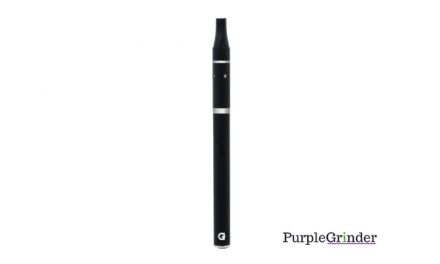 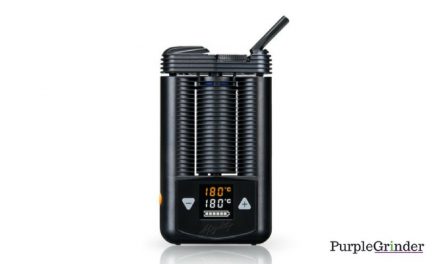 Mighty Vaporizer Review: Its The Best For These Reasons